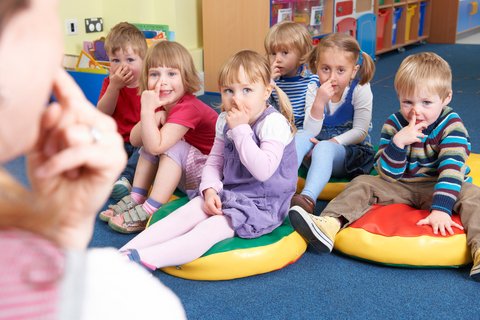 The Time for French programme of traditional nursery rhymes and action songs - or comptines as they are known in French - have been thoughtfully designed to provide a fun yet educational environment for children aged 0 - 5.

The aim is to introduce simple vocabulary and action songs, organised by theme such as colours, numbers and animals, and make it fun! With this in mind, the sessions typically run between 20 and 30 minutes to fit in with the children's developmental stage.

I currently teach in several early years settings across Kent and, week after week, I see children build their confidence as they get to greet and interact with the puppet friends in French. Through repetition and interaction, children's knowledge of the action songs and traditional rhymes becomes more secure and their feeling of self-worth increases. Gradually, new songs and simple words are introduced, even if children’s favourites are revisited as and when they ask for them. After all, the more fun they have acting out their favourite rhyme, the better they will learn and the more they will retain! By the end of the academic year, children will typically know between 20 and 30 songs in French!

To organise a free taster session in your nursery or pre-school, please get in touch with Marylinetimeforfrench@gmail.com